Our teams continue expanding and enhancing our suite of world-class instruments, offering new research opportunities at the frontier of nuclear and particle physics. 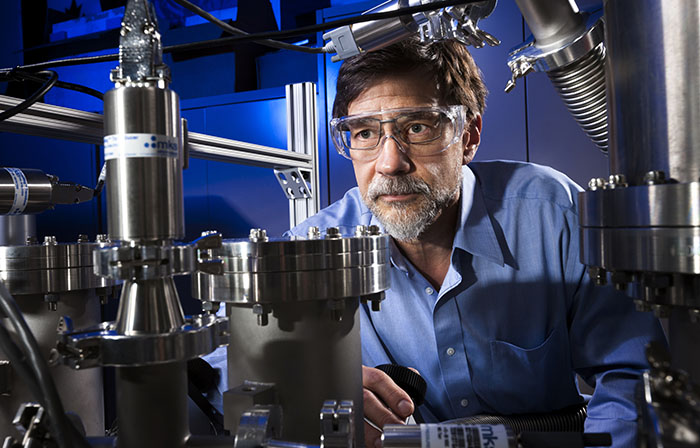 Our neutron imaging system is based on a deuterium-deuterium fusion reaction, where fast neutrons are produced through deuteron bombardment. The radiographic technique is used to penetrate thick, dense objects and produce images of interior features—offering a robust, non-destructive evaluation tool. 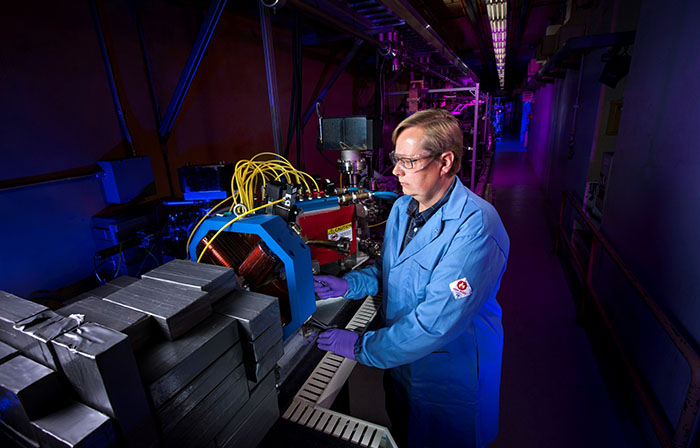 PRISM generates high-energy x-rays, which then interact with nuclei. Detectors measure particles generated by the neutron-induced reactions. For example, PRISM’s photofission-based neutron source can be used to:

PRISM can accelerate electrons up to 25 MeV. However, by tuning the accelerator to low-electron energy, it can also be used to study radiation effects, support radiochemistry research, or analyze medical isotope production. 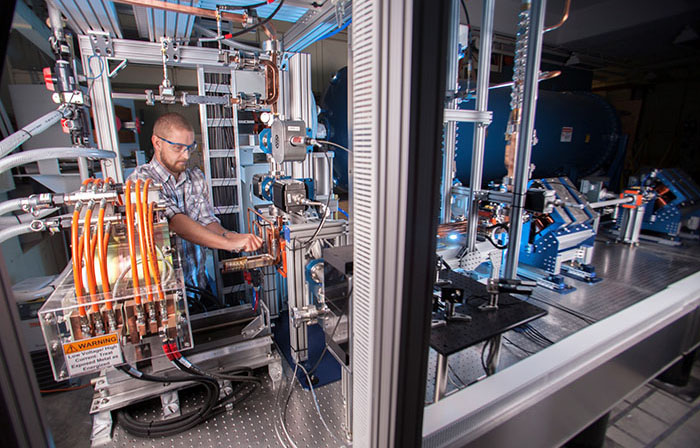 The system begins with short, picosecond laser pulses that produce short electron bunches on the photocathode, with the X-band accelerator boosting the energy of the electrons. These highly energetic electron bunches collide with separate laser photons, which gain energy from their Compton-scattering interaction. This scattered x-ray radiation is Doppler upshifted in energy and directed forward in a narrow-bandwidth photon beam.

The light source can be tuned to different wavelengths so that it predominantly interacts with only one kind of material—in a process known as isotope-specific nuclear photonics. The beam can penetrate through lead and other thick containers, enabling researchers to non-destructively detect, image, and assay specific objects of interest, such as nuclear waste canisters, nuclear fuel rods, and other objects that might house uranium or plutonium.