Nuclear physicists from Lawrence Livermore working in collaboration with a team of Russian scientists from the Joint Institute for Nuclear Research in Dubna, Russia, have announced the creation of a new ultraheavy element—element 114. Using isotopes provided by Livermore, the Russian-U.S. team bombarded a plutonium-244 target with calcium-48 atoms to create the new element.

The excitement generated by the discovery stems largely from the stability of the new element, the nucleus of which is believed to consist of 114 protons and 184 neutrons. Unlike other manufactured heavy elements, element 114 is relatively long-lived, surviving for 30 seconds—as opposed to mere microseconds—before decaying. And some of element 114’s decay particles lived for an unheard-of 16.5 minutes.

The significance of element 114’s long life is the support it gives to the theory that the more densely packed the nucleus of heavy elements, the more stable they are. This stability should make it easier for scientists to study the chemical properties of these manufactured elements to see if they match those of more familiar, naturally occurring elements.

The Livermore team is working with their Russian collaborators, led by Yuri Oganessian and Vladimir Utyonkov, to confirm element 114’s creation and prepare a formal report on their experimental results. 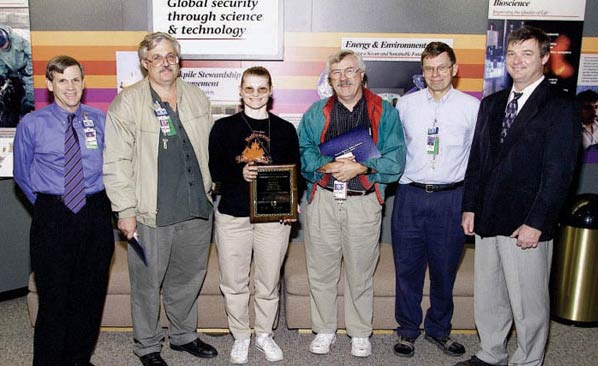 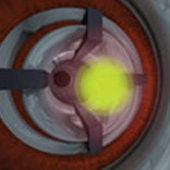 Combine first seven ingredients, using 0.3 milligram/hour 48Ca, with lots of patience, a dash of luck, and a dollop of inspiration, and simmer for six months (24 hours a day, 7 days a week). Use the last two ingredients to analyze 7 GB of data for the signature decay sequence of element 114. Garnish with several papers describing the results.