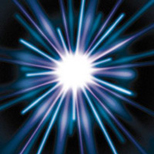 The science base of the Cheetah code is being updated continually to incorporate new theoretical and experimental results relevant for the physics and chemistry of high-pressure and temperature phenomena. New versions of the code are released periodically by the Energetic Materials Center . The current version is Cheetah 9.0.

Cheetah 9.0 thermochemical code is available for authorized US government contractors
High-explosive detonations are violent, high-energy release processes that at first appearance can seem difficult to predict and control. Nevertheless, they involve well-defined physical and chemical phenomena whose understanding has significantly evolved during the last decades. This evolution has led to tremendous progress in the broad field of explosives and energetic materials.

The ability to predict the characteristics of a particular detonation, e.g. the momentum and energy that it can deliver in a practical application, is crucial to the safe and efficient use of explosives.

“Cheetah,” an LLNL thermochemical computer code, is a physics- and chemistry-based computational tool that can reliably predict the performance of ideal and non-ideal high explosives and explosive formulations. Cheetah is the premier energetic materials code addressing explosives, pyrotechnics and propellants. It is an important formulation tool also.

Cheetah employs advanced concepts and theories of fluids and solids at high pressures and temperatures to model the thermodynamics of explosion products that result from the detonation of modern condensed, energy-dense explosives.

By using these models in the framework of the Chapman-Jouguet theory of detonation, Cheetah accurately calculates—often within 1 percent—fundamental high explosive features such as detonation velocity, Chapman-Jouguet pressure, mechanical energy and more.

However, Cheetah is not limited to high explosive calculations. Cheetah also can predict the thermodynamic behavior of many complex materials, from organic fluid mixtures, to fluid-solid mixtures, to plastics, at extreme conditions that are typical for shock waves, laser experiments, or the interior of the Earth.

The Cheetah code is Official Use Only and Export-Controlled. For further information please contact Sorin Bastea at sbastea@llnl.gov.