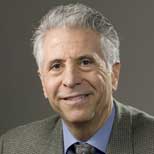 DON CORRELL is a senior member of LLNL's Fusion Energy Sciences Program (FESP) , and the former Deputy Director for LLNL's Center for HED Science (CHEDS) . He earned his BS in physics with honors from California State University at Long Beach in 1969. He then went on to complete his Ph.D. in plasma physics from the University of California at Irvine at the start of 1976. While at UC Irvine, he was both a UC Regents/Chancellor Fellow and a Hughes Foundation Doctoral Fellow.

From 1976 through 1987, he was an experimental physicist in LLNL's Magnetic Fusion Energy program; and from 1988 - 1997, he was a research member within the Laser Fusion Program. From 1998 through 2003, Dr. Correll was the Director of LLNL's Science & Technology Education Program. In late 2003, he was selected as the Deputy Program Leader of LLNL's Fusion Energy Sciences Program, and subsequently became Program Leader.

Dr. Correll has been either a principal author or a multiple author on 30 refereed journal publications. He has articles in the Macmillan Physics Encyclopedia, 1996; the Grolier Book of Knowledge, 1999; and the CRC Press Dictionary of Material Science and High Energy Physics, 2001. He has also been a panel member for national fusion studies held by the Congressional Office of Technology Assessment and for national laboratory studies held by the General Accounting Office. He has spoken before Congressional committees several times as a spokesman and expert on fusion energy.

Dr. Correll was one of the three first recipients of the Special Award for Education and Outreach from Fusion Power Associates. He is a current member and past chair of the Education and Outreach Committee of the APS-Division of Plasma Physics, and a past member of the APS Committee on Education. Dr. Correll has also been an adjunct professor within the College of Science, Physics Department at California State University, East Bay.