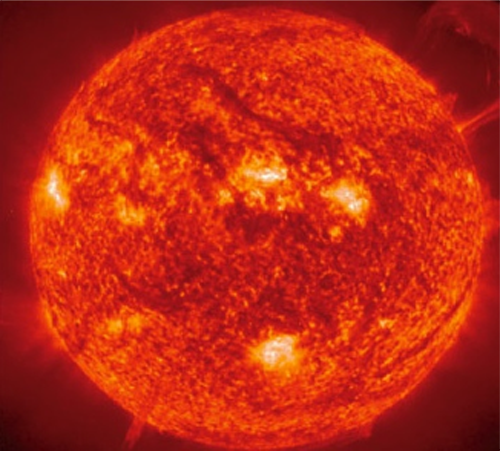 The HED shock physics group develops and uses dynamic compression techniques and advanced diagnostics to explore the behavior of matter at millions to billions of atmospheres pressures, conditions exceeding the atomic unit of pressure (~100 million atmospheres) and reproducing states existing deep inside stars, sub-stellar objects (e.g., brown dwarfs), and planets. Such pressures can produce highly degenerate conditions (strong quantum effects), with atoms brought together closer than the Bohr radius; a new regime of chemical bonding is anticipated (kilovolt chemistry), engaging core as well as valence electrons (keV as well as eV energy levels). This fundamental research is giving a new understanding to the behavior of solids at tens of millions of atmospheres, core shell chemistry, the evolution of planets, the potential for controlled thermonuclear plasmas, and a wide variety of national security applications.

The Radiative Properties group in the HED section studies radiation properties of plasmas. These properties range from the basic atomic physics of isolated ions to opacities and radiation flow in hot dense matter to electron-positron pair production. The plasmas are produced at laser facilties such as NIF  or JLF  and at LLNL's electron beam ion trap .

The theory and modeling group primarily focuses on understanding and computing the microscopic physics of hot and 'warm' dense plasmas, with typical applications to laser-plasmas, inertial fusion, stockpile stewardship, and astrophysics. To do this, we are developing and applying cutting edge theoretical and computational models in many electron relativistic and non-relativistic atomic physics, statistical physics, radiation opacities, and plasma equations of state and transport. We use our computational models, in turn, to produce the detailed opacities and plasma equations of state required by the broad community doing radiation-hydrodynamics simulations. In parallel, we also apply these computational techniques to collaborate on the design of experiments aimed at probing the physics of inertial fusion and other plasmas. Recent, new thrusts of our group include the physics of short pulse laser driven high harmonics and the development of quantum coherent sensors for security applications.

This is a new group focused on developing and deploying advanced diagnostics and measurement techniques at the National Ignition Facility  (NIF). with David Bradley as the Group Leader. This group will help programs working on the NIF to identify potential strategies and diagnostic techniques for making needed measurements, then help develop, field, and use these NIF diagnostics. This is joint group with the NIF Directorate.