Victory Through Annihilation: Jason Brodsky’s Neutrinos that Saved the Universe 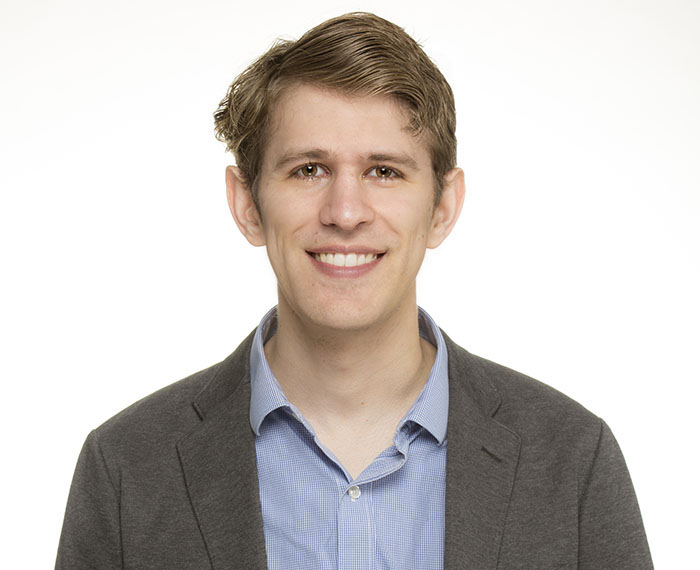 Jason Brodsky says his work is like “looking for a candle in a raging inferno.” But the Lawrence Livermore physicist believes finding that “candle” could be the key to understanding existence itself.

Brodsky’s specialty is rare-event detection, both during his Princeton graduate work on dark matter and his current postdoctoral research at LLNL, in which he searches for what he calls “the neutrinos that saved the universe.” Billions of years ago, in the early universe, he says, everything that could ever possibly happen—in particle physics, at least—was happening in the same place at the same time. Energy from the Big Bang created the fundamental particles, including the tiny, difficult-to-detect neutrino. Matter and antimatter were colliding and annihilating one another, one-on-one, expelling massive amounts of energy. It was a very hot and dense place.

But now we live in a universe made up of what was left over: matter. If matter and antimatter annihilate at an equal rate, why is there any matter left over at all? Brodsky outlined his research in a three-minute talk that won recognition at Livermore’s 2017 Postdoctoral Research Slam. An antineutrino, physicists believe, can annihilate with another antineutrino. And if antineutrinos can pair off with their own kind and annihilate, that leaves some regular neutrinos—everyday matter, in other words—behind. Detecting antineutrinos is extremely difficult, but observing and measuring the properties of these elusive particles could offer scientists a step forward in understanding what the Big Bang means, and how anything exists at all.

At the popular annual Research Slam competition, though, Brodsky had to explain that entire concept as well as the device he hopes to use to confirm it—in three minutes. “In a longer talk, you can make a handful of slides and make sure you’ve got all the right stuff on paper,” he says, “but here, I’ve got time basically to tell people only one thing. Everything had to serve making that understandable.”

Research Slam presentations reflect a particularly intense phase of a scientific career. While staff scientists must balance grant writing with bureaucracy alongside their research, Brodsky’s postdoctoral work, focusing on simulations and event analysis, was “when I was most in the weeds at the experiment.” “I was one of a handful of people on the experiment who are privileged to do nothing but technical work,” he says. “So you end up with the least explainable work.” 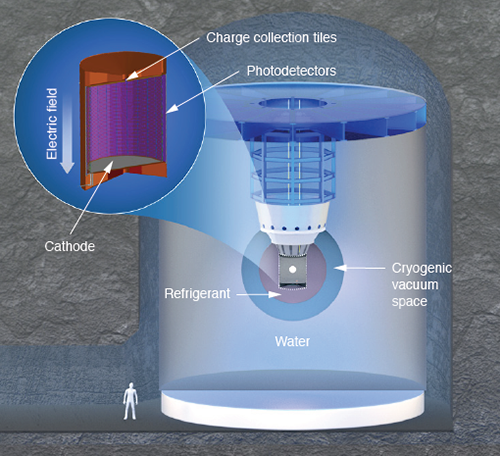 Researchers are working on the engineering requirements for the neutrinoless Enriched Xenon Observatory detection vessel, which will include a central time projection chamber (inset) and a containment system comprising a low-radioactivity refrigerant, a cryogenic vacuum space, and a water tank equipped with photomultiplier tubes to track and reject background signals.

The Research Slam judges—a group of Livermore senior managers and scientists—heard Brodsky’s pitch for the next-generation neutrinoless Enriched Xenon Observatory (nEXO), a sophisticated rare-event detection device ready to be built deep underground. It uses a massive tank of liquid xenon to improve detection of a specific type of radioactive decay. Because all matter is radioactive to some degree, atoms are constantly decaying. This is Brodsky’s “inferno”: background radiation from all the components of the detector. Even the smallest adjustment to nEXO’s sensitivity could yield big gains for rare-event detection; finding the optimal “recipe” for sensitivity settings is one of his favorite aspects of his work. But even if everything else goes well, sensors typically only detect most of the expected energy from radioactive decay; the missing energy is carried by elusive neutrinos. If nEXO finds all of the expected energy, however, then Brodsky will have found his “candle”—proof of antineutrino self-annihilation.

But there was no time for all of that in his Research Slam talk. “In a three-minute talk, having to first say what a neutrino is presents a big hurdle to get over,” he says. He focused on explaining antineutrino self-annihilation in hopes of communicating one simple fact to the judges: self-annihilation is responsible for our world of matter, so it’s important to figure that out. The judges were convinced. Brodsky won second place and a $3,000 cash prize at the Research Slam and was asked to present his talk again for a Laboratory-wide meeting this summer.

For Brodsky, being able to succinctly communicate even basic ideas about science can help secure the future of complex projects like nEXO. With government and university partners all using various funding sources to fuel their research, it’s increasingly important to inform and inspire the entire collaboration and keep momentum going. “We need to communicate how this is work that needs doing, and how it fits in the Department of Energy’s mission to support this kind of research.”

“There is still some enthusiasm for the idea that the entire universe did actually depend on this result,” Brodsky says. “Maybe we’re not about to save it again with these neutrinos, but understanding how that happened the first time is awfully interesting.”