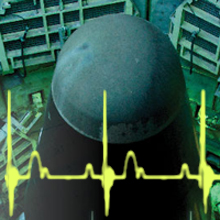 Taking the Pulse of the Stockpile

Similar to how a physician orders blood tests and uses a stethoscope to assess a patient's health, scientists apply diagnostic tools to weapons systems to interrogate what lies beneath their metallic "skin." Twenty-plus years ago, before the Department of Energy (DOE) established the Stockpile Stewardship and Management Program, the primary method of evaluating a nuclear weapon's health was to essentially destroy it—the weapon was dismantled and each component tested to ensure the system's functionality.

The cessation of nuclear testing and the implementation of stockpile stewardship in the 1990s significantly changed assessment strategies for nuclear weapons. (See Stockpile Stewardship at 20 Years.) The Enhanced Surveillance Campaign was instituted as part of the new stewardship program in recognition that existing weapons components need to stay in the stockpile as long as possible. Through this campaign, nondestructive diagnostic technologies have been developed that provide equivalent or better data than traditional destructive testing methods. Some of the technologies help scientists interrogate a weapon by retrieving small physical samples from the system's interior—analogous to a patient having their blood drawn. Other technologies, such as small embedded sensors, serve as a way to continuously monitor a weapon's overall health. 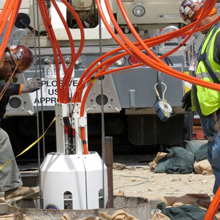 The SPE tests, including the most recent one on May 21, consist of a series of seven underground, high-explosive field tests in hard rock that are designed to improve the United States' ability to detect and identify low-yield nuclear explosions amid the clutter of conventional explosions and small earthquakes.

"As nuclear monitoring scientists, we are very excited by the new data from SPE-4 Prime," said Bill Walter, the SPE scientific leader for LLNL and the SPE-5 chief scientist. "It is the most over-buried field explosion in granite from which we have ever obtained data, and the data return and quality look excellent.

"We will be able to compare this new data with the prior SPE shots, which were shallower, allowing us to directly measure and understand the role that the interactions of the Earth's surface play in generating the signals we observe."

Collaborators from LLNL's shock physics group, JASPER, and NSTec conducted a series of experiments in September at the two-stage large gas gun in HEAF that involved the fielding of three new seven-channel pyrometry systems for measuring dynamic radiance. 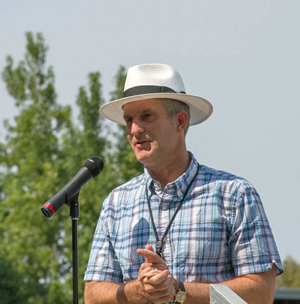 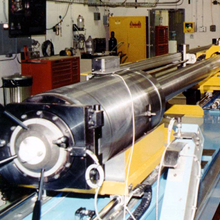 A successful PDVEA (Photonic Doppler Velocimetry Encapsulate Alpha) experiment was performed at JASPER on December 3, 2013. This was the fifth experiment in the PDVEA series and the first plutonium-plutonium experiment fired at JASPER this fiscal year.