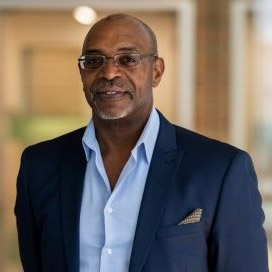 What do you like about working at the Lab?

What I like about my job is learning new science that was previously unknown. The moment of discovery is incredibly fulfilling (especially when it is something we never anticipated based on calculations or simulations). The potential for discovering new science is there because much of the research we perform is forefront science. I love that the Lab provides not only an amazing set of tools to perform frontier experiments, but also an ability to build diagnostics that allow us to perform experiments that would be extremely difficult to perform without LLNL resources. Additionally, the ability to walk into the office of world-class experts to get advice on almost any topic makes the Lab an incredible place for all scientific specialties.

What do your day-to-day work activities include?

My work varies from day to day. Some days I perform calculations to model spectral output from current experiments or help design new experiments. Other days, I test or prepare equipment for upcoming experiments in the lab. Then other days, I discuss ideas for new experiments with colleagues or work with a graduate student or young scientist in an attempt to pass on as much of what I've learned as possible.

What is one project you’re really proud to have worked on?

I'm very proud to have worked on the short pulse laser heated buried layer opacity project. It is a platform that has taken many years to develop and ultimately required developing the world’s first sub-picosecond x-ray diagnostic to get data. The platform is unique in its ability to create relatively high-temperature, high-density plasma with minimal spatial gradients. To this end, the platform has carved out a unique density-temperature phase space to study fundamental plasma physics phenomena. Because I was at LLNL while early high-intensity, short-pulse lasers were being developed, I was fortunate enough to be amongst a handful of individuals around the world to work on the concept.

What is your educational or career background?

I earned a BSE in nuclear engineering and an MS and PhD in plasma physics from the University of Michigan. I’ve worked at the Lab for 34 years.

What inspired you to go into science?

I was fascinated by stars, which led to an interest in the physical processes of how stars evolve.

What advice would you give to a new employee at the Lab?

For young scientists, build a portfolio of Laboratory Directed Research and Development (LDRD). Try to gauge the topics that are in vogue by attending meetings and discussing ideas with the programs. If you submit an LDRD one year and it's not funded, write a new LDRD the following year and submit that, but keep the previous year's LDRD at hand. And if (eventually) topics you've based your LDRDs on become popular, resubmit your idea. Building a portfolio of written LDRDs helps new scientist understand the LDRD process and simplifies the proposal submission procedure.

What do you do in your free time?